Suitable for children age 12 to 112, The Princelings of the East is a trilogy relating the adventures of unlikely heroes Fred and George. Two innocents abroad, they solve problems caused by unintended consequences, commercial greed, and blind prejudice—and still find time to engage in troubled love affairs and nearly blow themselves up with their own inventions.

The Princelings of the East is an adventure set in a world of labyrinthine castles, bustling inns, and the curious Isle of Hattan. Fred and George leave the security of their isolated castle to solve the problem of the Great Energy Drain, meeting the dubious businessman Hugo, the young barkeep Victor, the impressive Prince of Buckmore, and other movers and shakers.  Time is of the essence in this tale, and competition between castles drives the action.

Buy the Princelings of the East ebook:

The opening of The Princelings and the Pirates finds Fred and George ensconced in Castle Buckmore. When the Prince announces his unhappiness with the wine, they set off to discover what has gone wrong at the winery. Captured by pirates, shipwrecked, and in danger for their very lives, the heroes are drawn into the Battle of Dimerie, where Fred meets his true love and George gets more than he bargained for.

Buy the Princelings and the Pirates:

In The Princelings and the Lost City, Fred has made a commitment to his true love, Kira, but must win her father’s approval.  George, meanwhile, is near to fulfilling his destiny, but gets sidetracked by the arrival of a new flying machine.  A simple journey to introduce Kira to their home castle turns into a case of kidnap, mistaken identity, heartache, and the discovery of a totalitarian society hidden in the forest.

Buy The Princelings and the Lost City

The Trilogy is complete – the Series goes on!

Read more tales of the Princelings world.  Find out how Hugo (Lord Mariusz) found the time tunnel in the first place, how Humphrey fared after he left Arbor, and what Victor did when he became a sought-after business guru!

Book 4 – The Traveler in Black and White

In the fourth book in the Princelings series, Lord Mariusz of Hattan narrates, in his own Chandler-esque style, how he came to explore the world on the end of the time tunnel, and why he adopted the pseudonym Hugo in the first place.

In the Princelings world of 2001 we meet old friends as their much younger selves.  You think Victor is cute?  You should see him eight years younger – “a bundle of flying legs and hair”!  Prince Lupin is much as he ever is, but Baden has yet to escape the succession wars at Castle Powell.  Saku is, of course, well established as Lord Mariusz’s ingenious professor at Castle Hattan, but we find he knows more about the workings of time than we imagined.  The Honourable Smallweed is only getting started on the trail of deceit and meanness that will characterise all his future dealings.  And we journey to new places, Sowerby, Powell, and a strange city full of females, hidden in a forest. We also discover that stories of ghouls, ghosts, vampires and werewolves are not just tales to frighten children after all.

Buy The Traveler in Black and White: 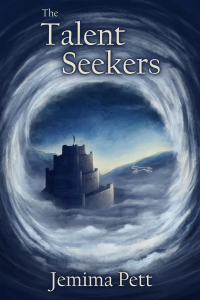 In the fifth book in the Princelings series, we find the young outcast from the Lost City of Arbor travelling west as his mother suggested.  He is rounded up amongst other exiles, but escapes, and finds himself among people that could be his friends, something he has never had before.  But they are under threat, and Humphrey’s adventures twist and turn as he is called to his destiny by an unknown force, one that calls to his special hearing skills.  He meets other talented individuals and learns to be a team, to work with others for the common good.

It’s a tale of greed, of fighting, of cruelty and of a darker place than the ones we’ve met so far in the Princelings world.  Heroes and heroines emerge from the unlikeliest of places to find laughter and friendship and a place where they belong.

The Talent Seekers is a fantasy adventure story with paranormal influences and some pitched battles. It is set in the months between the Prologue and the Epilogue of the Princelings and the Lost City, but with otherwise little connection to the previous stories in the series.  It’s suitable for readers aged 13 and upwards.

Book 6 – The Adventures of Victor

5 thoughts on “The Princelings of the East Series”

What do you think? Cancel reply 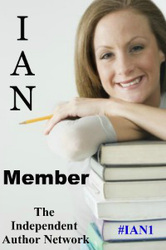 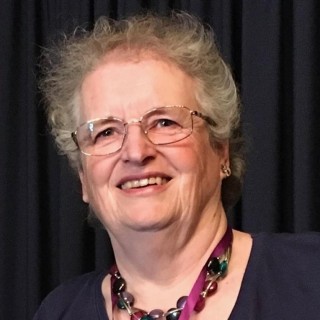